Brian Darnell (played by Stuart Horobin) has a twisted obsession with Dolls, Porcelain dolls to be precise. Now he is a grown man his obsessions begin to take a twisted and dominating turn. His wife Anna (played by Anna Tarsh) is vulnerable in the relationship and he dominates her into living within his own twisted fantasy. She is beaten and tormented by her psychotic husband and is forced to live with his doll infatuation. 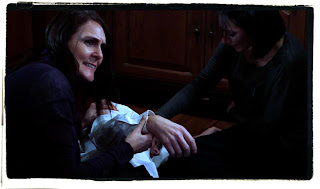 With the relationship based on nothing but violence and fear we see the hold Brian has on Anna. The couple move into a new house and a new neighbourhood.

When Sharon Williams (Renee Molloy) and Penny Stevens (Carol Cummings), two of their new neighbours (of the nosey kind) discover the not so perfect home and Brian’s world unravels. Secrets do not stay secret in this town so his sadistic ways become known and exposed.

When confronted a very brief but violent struggle ensues between the group and Brian’s domination comes to an end.

The three women are thrown into turmoil when stood over Brian’s corpse. The devastating and dramatic events following, sends the women’s lives spiralling out of control. 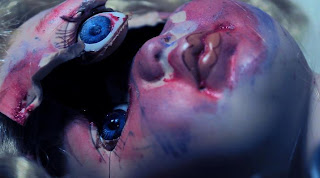 Standing over the corpse the women need to decide their next move. But they were not the only eyes to witness the murder. Will they find out the truth before it’s too late?

"You never really know what dirty secrets lay beyond your neighbours closed doors!" 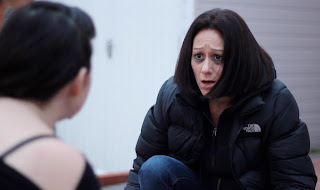 Note: This film contains elements of physical Violence and draws upon a very touching subject which younger viewers may find disturbing.

Porcelain Presence is the debut feature film from Emily E. Bibb and Chris Jay. And what a Debut! I for one will be awaiting the release. 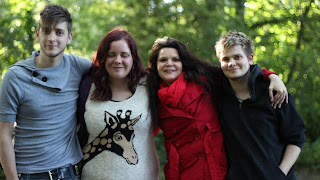 Please check the film and the cast and crew out some more by using the following like. Also check out the trailer.

Keep an eye out for the official film trailer which will be released in the coming months, and the launch of the all new YouTube channel!

My Favourite Film at This Point in Time. You Can Buy it From My Store Above with Amazon Amazon Secure Checkout